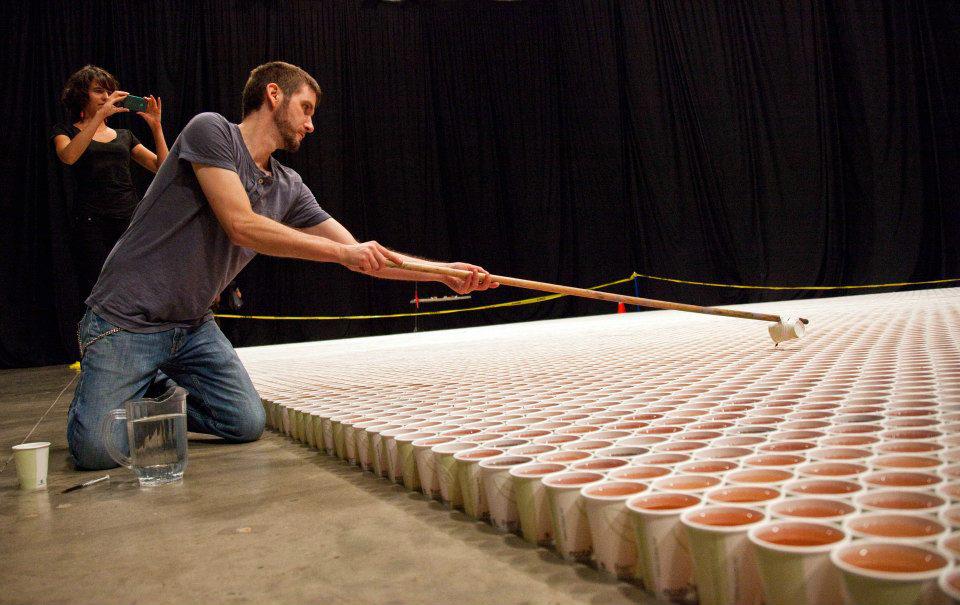 As a means to raise funds for the NGO ONE DROP, and raise awareness about the increasing scarcity of clean water, the multidisciplinary Canadian artist Serge Belo created the world’s largest rainwater mosaic. “A Water Mosaic With A Cause” became a large exclusive photograph that went to an online auction. It took 66,000 compostable and recyclable coffee cups, 1kg of vegetable dye and 15000 liters of rainwater to achieve this mosaic. Mimicking levels of impurities found in water around the planet, more than a hundred volunteers placed the cups in 62 hours to end up with the image of a fetus in a womb to highlight on the importance of water even before birth. Serge Belo is an artist who developed a distinctive way of working whereby he emphasizes on texture and tridimensional appearance which invites people to touch the surface. His creations grow and change with perspective where the frame seems to disappear and let the viewer in. Mainly inspired by nature and his own experiences, the award-winning artist has exhibited in several countries including Canada, USA and Spain. Arts have always been used in order to help raise awareness for all kind of causes. What do you think of mosaic specifically as a means to achieve this purpose? 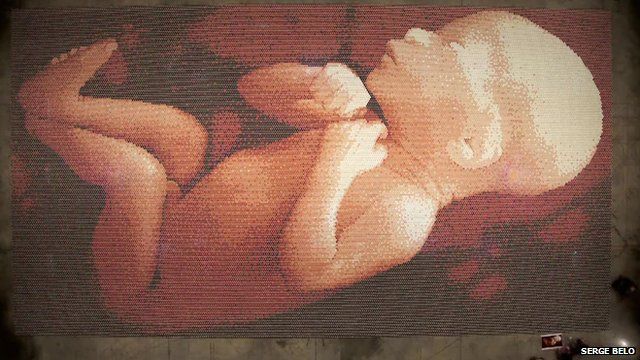