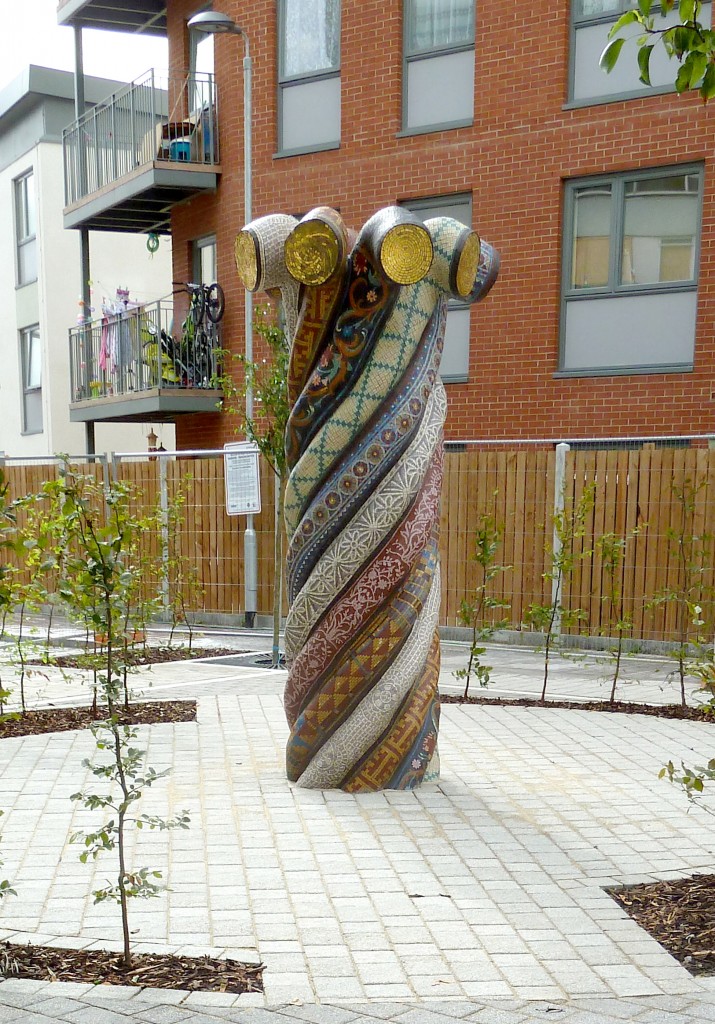 The Mosaic Art International 2013, organized by the Society of American Mosaic Artists took place in the internationally well-known Museum of Glass in Tacoma, USA. There could not be a better place for a vibrant exhibition composed of the artwork of 47 artists coming from 7 different countries. This year was special because visitors had the chance to appreciate all kind of mosaic going from the most classical to the experimental. The invited artist of this edition was Toyoharui Kii who came from Japan whose work is collected all around the world and is commissioned regularly by renowned architects for big scale artwork to complement their own designs. Kii’s “trademark” lies in the complex patterning and weaving with tesserae where shadow and density carry his message. The Mosaic Art International 2013 winner of the Best in Show was Gary Drostle from the UK with a massive mosaic artwork called “Entwined Histories”. It’s a site-specific piece, situated on the old grounds of a rope maker that served the maritime industry of London’s east end and commissioned by the Poplar HARCA Bow Arts Trust to celebrate the community that was made of immigrants and who worked on the docks and the textile factories. Now everything makes complete sense! It’s a big rope made of multiple stands; each one of them represents a different community through the textile of the homelands. It’s such a beautiful piece and it deserves to win, don’t you agree?