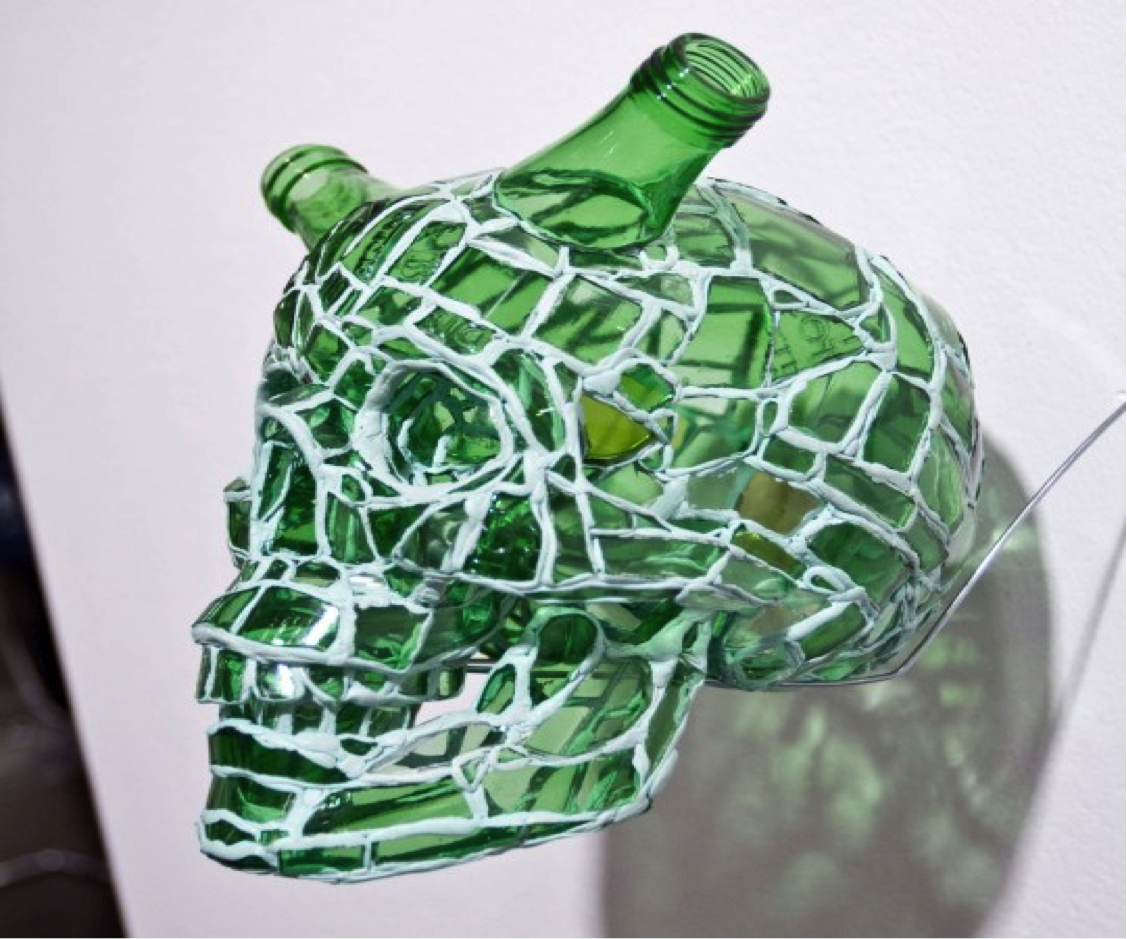 Andres Basurto is a unique Mexican artist. A painter and sculptor, he is best known for utilizing glass shards from beer and wine bottles and creating mosaic sculptures of various shapes and colors. Basurto follows a specific process in his work. The pieces of broken beer bottles are assembled using an epoxy resin to create mosaic works that mostly depict skulls. The artist often paints his sculptures to add some color and subtlety to his work. Also, lighting plays a huge role when displaying his mosaic skulls. They have to be hanging at just the right angle in order to create the desired shadow effect. After studying at the Universidad Iberoamericana (in Mexico City) and later at the School of Visual Arts (in New York City), Basurto quickly began making a name for himself in the local Mexican art scene. Yet despite his notoriety, many art lovers were left feeling uneasy with Basurto’s macabre work. This may have been his intention: His mosaic skulls definitely provoke a reaction and have been considered by many to be a beautiful metaphor for the fragility of human life. In fact, the artist himself has called his creations“specific shapes that evoke the human skull and skeleton as a container of the soul”. 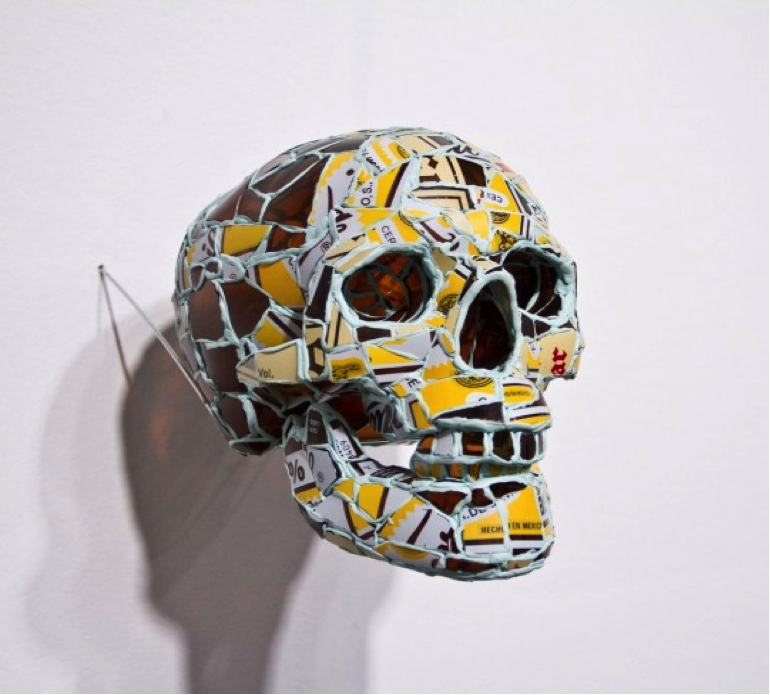 It is believed that the artist was influenced by Spanish Baroque architecture in addition to Mexican art and culture. There is quite a history of skulls made from mosaics in the country, such as this depiction of Tezcatilpoca (a deity in the Aztec religion) from the 15th century: 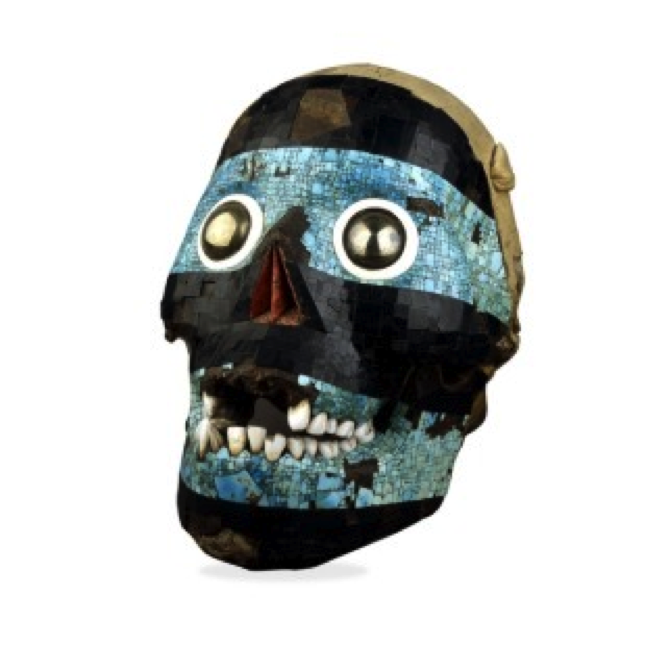 Some might consider Basurto a pragmatist: if he uses Corona bottles to create his mosaics, then he’ll call his creation “Corona”. Sure it may not be the most original title, but when his work is so innovative and unique who really cares?