What’s most impressive about this mosaic is that it is made from about one and a half million tesserae (tiny mosaic tiles), of four colors: white, yellow, red, and black. The mosaic, copied from an earlier original painting by Philoxenes, measures 5.82 x 3.13m and shows the amazing Greek monumental work. Today, and after being removed from the House of the Faun, the original Alexander Mosaic has been on display at the National Museum of Archaeology in Naples since September 1843. It is considered to be one of the most celebrated ancient mosaics to have survived into the modern era. 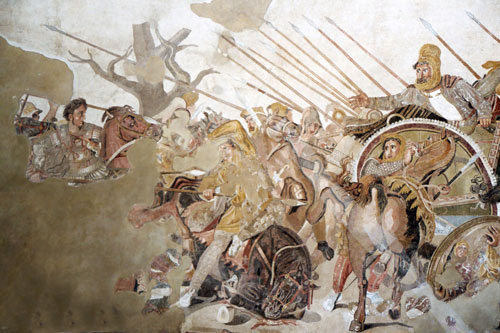